AN: long chapter ahead! grab your snacks 🙂

Karma was a funny thing.

Was this the world’s way of punishing me? I’d disregarded Marietta, my parents, Uncle Anakin, Raf…

In my twenty-five years on this planet, I’d hurt a lot of people. Was this why I was unable to keep everyone I cared about safe?

I held Raf’s hand tightly, blinking away tears as I searched his face for any signs of consciousness.

His eyes remained closed and, if not for the shallow dips of his chest as he breathed, I would have thought him dead.

If only I had magic or access to Haven’s alchemy supplies. Then, I might have a chance at healing him. I’d never been the best at healing magic, anyways — my specialty always seemed to center on destruction — but surely I could have done something, anything more than sit and stare and blubber.

But my week was not up, and apparently hospitals were no longer a safe option in this time period, so Raf slept on, lingering in a space between life and death. 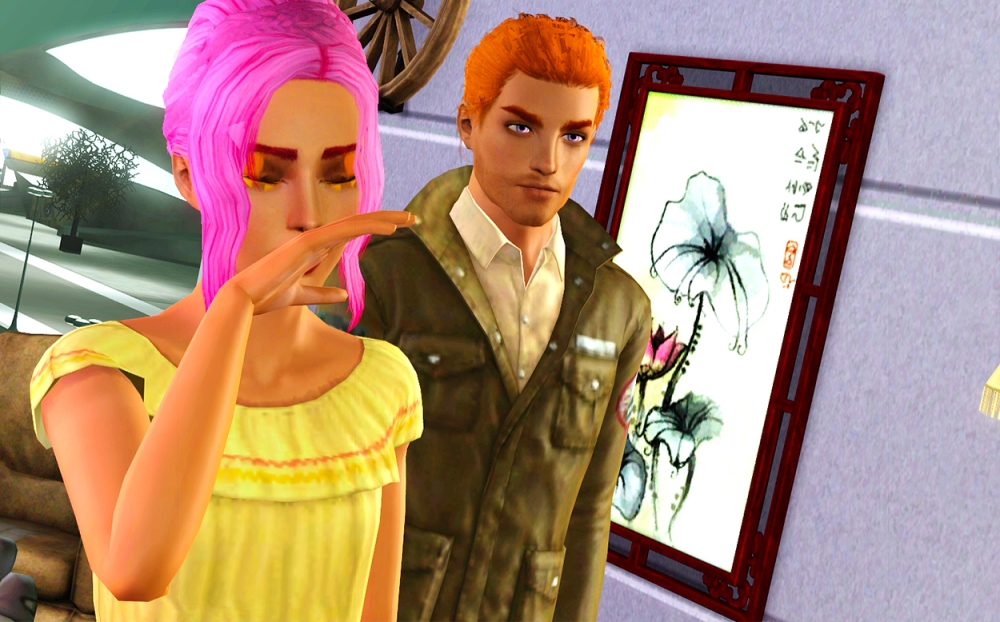 “Brittany said you’d be there, but I didn’t think it would actually be you,” said an unfamiliar voice. I stood, staring at my sister. In the store, I hadn’t had the chance to really look at her, and now, in the relative safety of their hideout, I couldn’t believe what I was seeing. She’d grown so tall, which I supposed made sense, as she must be just about eighteen by now.

And that man behind her — who was he? He looked vaguely familiar, but his ease with the robots earlier made me nervous. What was his relationship with my little sister? He might be skilled at physical fighting, but I could take him out with one spell; humans were no match for magic.

I flexed my fingers and, finding the motion unsatisfyingly mundane, remembered —

My magic had been robbed, and I was helpless. 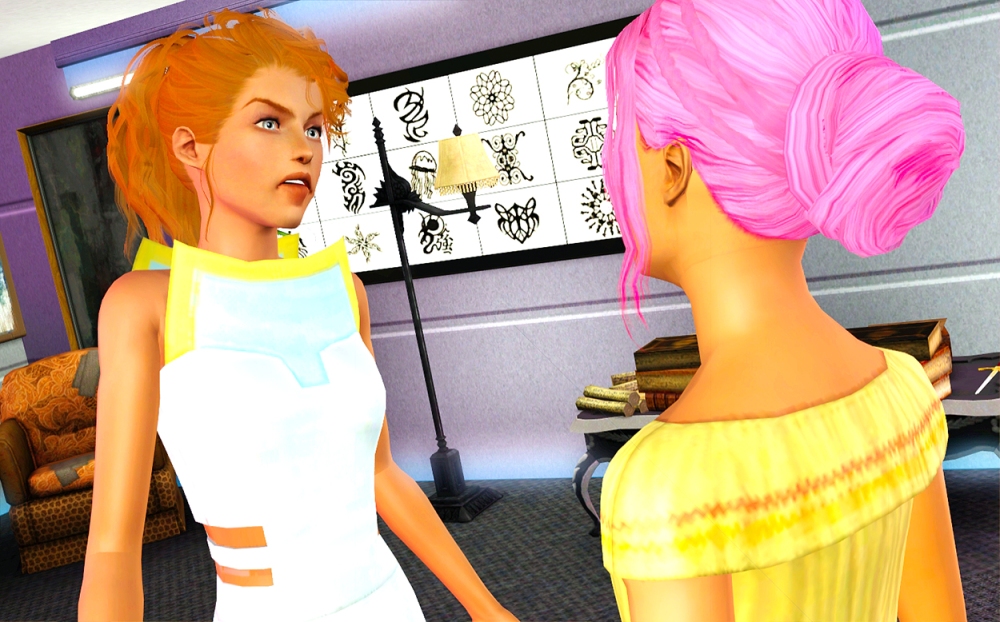 I felt jittery, unhinged. Adrenaline still pumped through my limbs, and my fingers twitched with the need to cast. Was this what Raf had meant when he’d said magic was an addiction? How could anything so wonderful, so invigorating leave me feeling so out of control?

I reacted to this weakness the only way I knew — with spite. I surged to my feet, facing my little sister, and demanded, “How could you go after those robots, Nora? You’re a teenager. It’s not safe!”

Nora blinked, her pretty green eyes — according to Uncle Anakin, they were almost exactly like our Great-Uncle Alistair’s — narrowing. “You’re kidding, right?”

I folded my arms. “No. Those robots are two — no, three  — times your size! You could have been killed!”

“Rescue me? I – I’m rescuing y-” my voice broke. She was right. I was the one who’d needed rescuing. As loathe as I was to admit it, my sister had fended off the robots with startling efficiency — and that was heartbreaking. My sister shouldn’t need to be a fighter. She should be hugging fluffy puppies or exploring a flower-filled meadow or —

— or be home with Mom and Dad, a fate I’d robbed her of. I folded, feeling my shoulders slump. Why were we fighting? Plumbob, I’d been waiting for this moment for over a decade, and I’d let my temper get the best of me again.

I pushed down a well of revulsion, my eyes drifting towards Raf’s unconscious form. Forgive yourself, he’d said. But how could I, when all I did was send verbal — and magical — barbs into everyone around me?

She cut me off with a hug, and the gesture was just as warm and heartfelt as I remembered. I felt myself relaxing. This, at least, was the same. We were both taller, now, and sharper around the edges, but if I closed my eyes, I could almost imagine we were fifteen and eight again, two children with our whole lives in front of us.

“So, my sister’s a badass fighter,” I said, and Nora laughed. 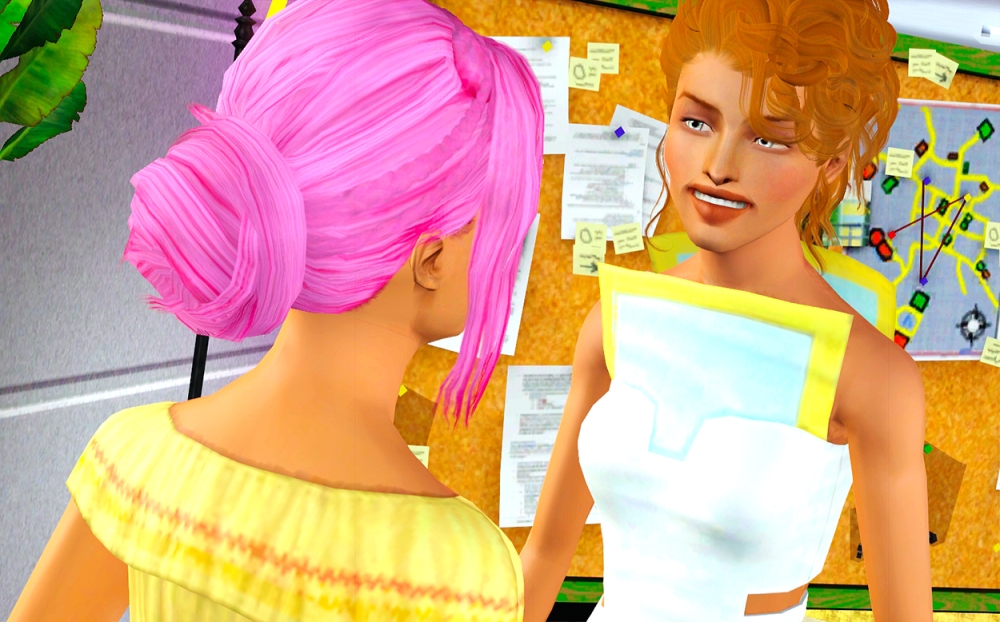 “I missed you — we all do,” I whispered. “Mom and Dad will be so happy when you return.”

To my surprise, my sister looked down, and I felt the familiar vise of panic scrape at my heart. “We’re returning the moment I get my m– well, it’s hard to explain, but by the end of this week, we should be able to go back.”

Nora drew back, shaking her head. “I can’t — I can’t just leave them.”

I blinked. “Leave who? Nora, this is Mom and Dad we’re talking about — don’t you miss them?”

“Of course I miss them!” she snapped, and I flinched. “I miss them every moment, but these people — they need me now. You don’t live here, Korra. Things have gotten really, really bad. The Warlock has an iron fist over everything, and it’s witches against everyone else.”

Witches. She’d said it with such bitterness, almost venom, and I was suddenly very glad I hadn’t told her about my magic — or current lack thereof.

“I’m not just a teenager. This rebel group is small, but every member counts. We lost two just last month and three the month before, and now it’s just me, Victor, and Kel.”

I whirled to the red-headed man, shouting, “What? You mean this full grown adult? You should be ashamed of yourself! She’s still a teenager, and she should be living her own life — not shackled to some needy, again, full grown adult.”

The man sneered at me, his disarmingly pale eyes narrowed. “I don’t force Nora to do anything. She makes her own decisions,” he said, his voice clipped.

I blinked — his voice, while lower than I remembered, was again familiar. I looked again at my sister and gasped. “This is Victor? The awkward teenager? The one who betrayed us to Kylo?”

I jabbed a finger in Victor’s direction. If I had my magic, he’d be burned to a crisp. “This traitor is the guy you’re willing to say goodbye to Mom and Dad for? Nora, if we don’t go this week, I can’t guarantee we can return — ever.”

Nora looked down, but when she met my eyes again, her gaze was steady. “You should return, Korra. Tell — tell Mom and Dad I love them, and to try to forget me.”

“Forget you?” I exploded. “Nora, you’re their daughter. That’s an impossible demand.”

“You’re right,” she said quietly, and the sudden shift made me deflate.

She gestured at some patched, ratty looking armchairs and I sat heavily, glaring as Victor sat beside me. He ignored me entirely, and I huffed. He might claim Nora’s actions were her own, but they seemed close enough — if he really wanted to, I was sure he could at least help persuade her to return. Couldn’t he see that this was what was best for her?

I turned again to my sister, desperate to make her see reason. “Jinora. This place is doomed; it’s something out of a dystopian novel. If we return to our time, maybe we can change things there — prevent this from ever happening!”

She shook her head. “I thought about that — I’ve thought about that for years, Korra, before you shut me down — and it won’t work. Kylo comes from our time — from before our time, even, if only by a few years. Besides, what if we mess everything up and make things worse? We need to fix things here.”

I knew that look — it was the look she used to have when she refused to give up her stuffed unicorn or when she wanted to make me apologize to someone I’d inevitably offended. 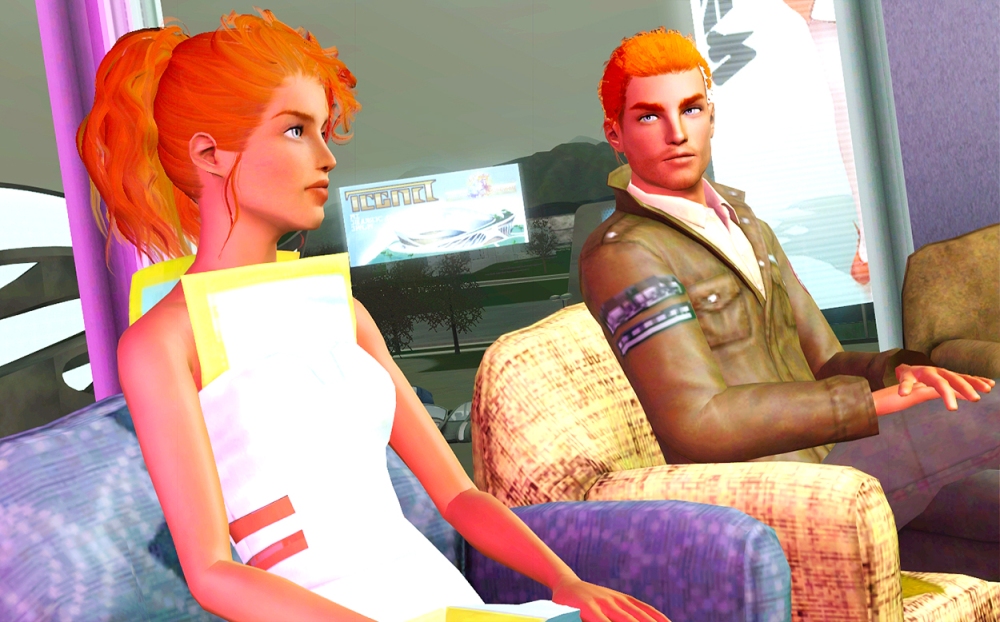 “The Warlock conscripts all magic-wielders to his army. Anyone who doesn’t comply is put to death. The Windsors have a faint vein of magic running through them, but it only appears in some. That’s why Brittany was so frightened — they’re always under careful watch.”

“How did you return?” Victor asked suddenly. “Last time, Nora said it was a time machine. Did you get it working again?”

Witches, she’d said. I coughed. “Yes, but it’s finicky,” I said. It was only half of a lie; we had ultimately gone through the time machine, but it was magic that had got it working again. “The sooner we return, the better.” 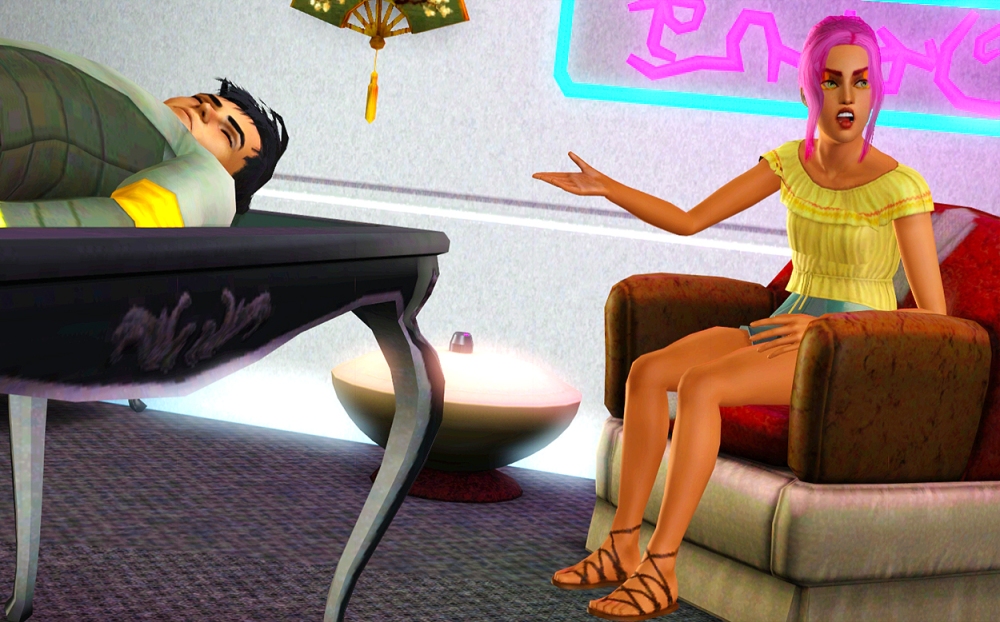 “What about your…friend?” Nora asked, gesturing at Raf.

I looked at him and deflated. I didn’t know if I could complete the ritual without his help and, even if I could, who knew what the time travel would do to his already fragile state?

Plumbob, did I have to choose between my sister and closest friend?

“I don’t suppose either of you knows a doctor,” I said.

“We know basic first aid, but his wound looks serious,” Victor said. “Besides, the only doctors now are witches, and we can’t trust any of them.”

I shook my head. I had another week before I could be of any use, and I didn’t know if Raf had that time. “We need to find a way,” I said firmly. “He can’t die.”

Victor looked doubtful, and I wanted to punch the expression from his face. 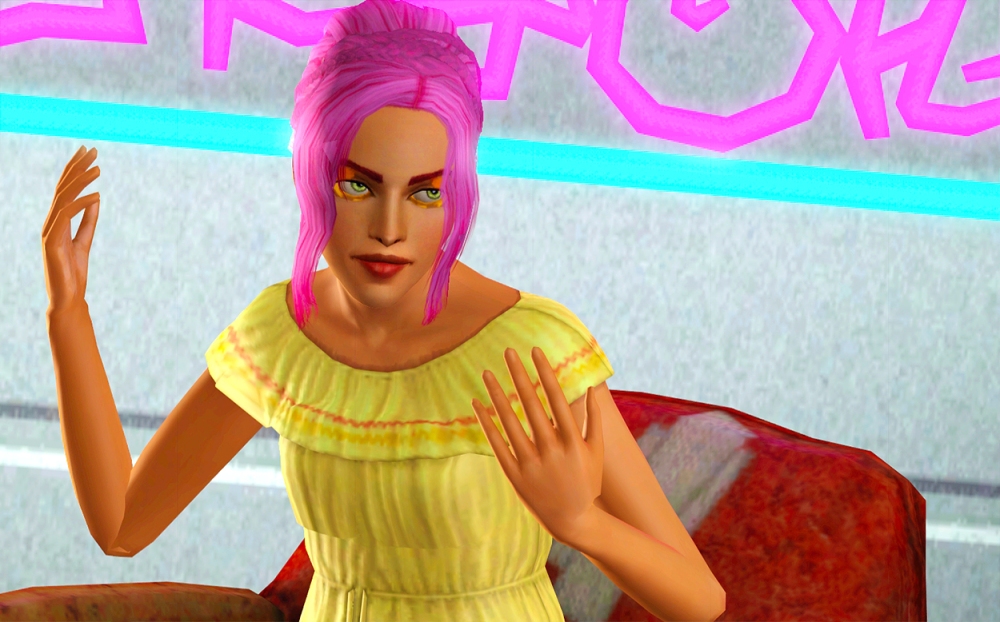 “There might be a way,” Nora said slowly, and I brightened.

“No,” he repeated, still not looking at me. “Nora, it’s too dangerous.”

“There are crystal flowers growing in the borderlands. They only bloom during the full moon, which is at the end of this week. One of the witches we caught told us that they are so powerful, even non-magic beings can use them. They might be able to help your friend.”

“Caught,” Victor said flatly. “After she murdered my girlfriend.”

“Oh,” I said faintly, eying the man with renewed wariness. Who knew what he would do if – when – he found out Raf and I were magic wielders? If he discovered the truth while I was still powerless…

Victor, luckily, didn’t seem to notice my unease. He slid to the floor, cupping his hands over his knees, and settled into silence.

We looked at each other, and Nora said, “I’ll go. I know the way almost as well as you, and–”

“–you are not going, Jinora!” this time it was Victor and I who spoke in unison. I glanced at him and, meeting his eyes, quickly looked away.

“Victor can show me the way,” I said. I didn’t particularly care if he risked his life — as long as it wasn’t Nora.

“I agree with your sister,” Victor said. “I know the way best; you might have lived here for these past ten years, but I was born here. I know this area like the back of my hand, and I have the best chance of getting us back unseen and alive.”

I nodded, for once agreeing with him. Victor glanced at me, his eyes flitting over my bare arms, and he said, “She’ll need to train, though. I can’t have dead weight.”

And the feeling of camaraderie was gone. I scowled, shifting so that my noodle arms weren’t so visible, and looked to my sister for support. To my great annoyance, my sister was also examining my stature, her head nodding slowly in agreement.